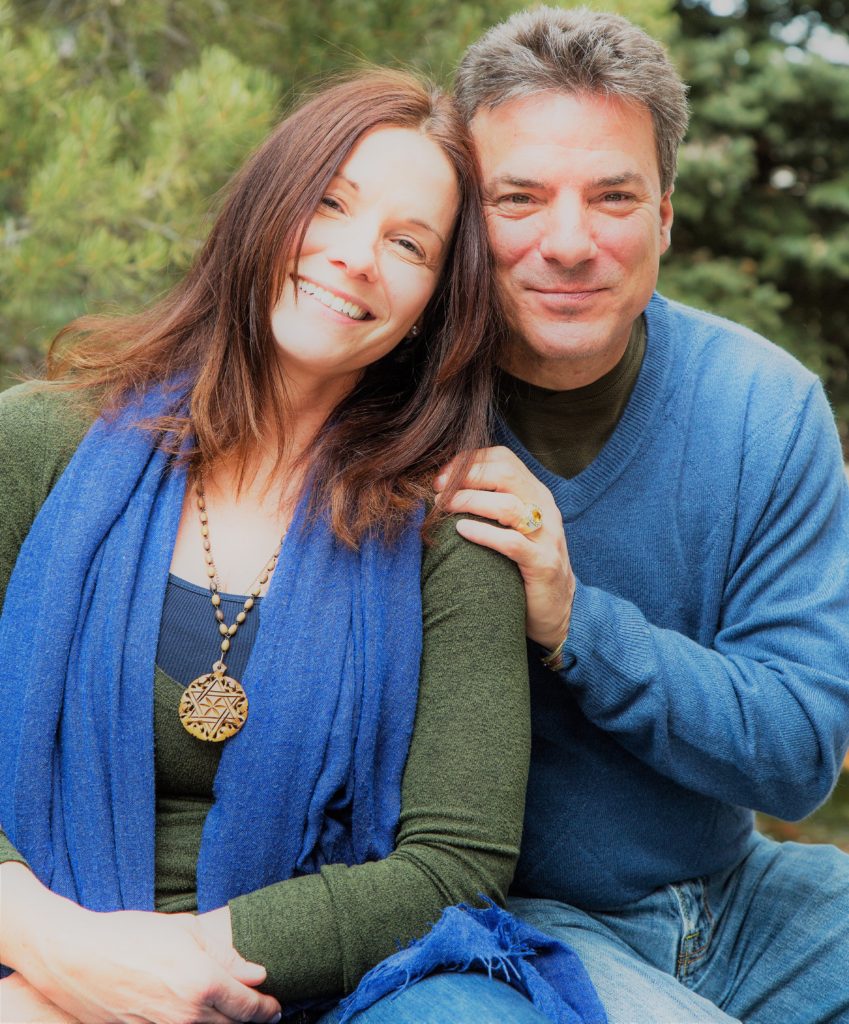 After spending 18 years in investment banking, finance, and underwriting, Larry Contier suddenly left the corporate arena after experiencing his own “spiritual two by four” wake-up call. His awakening realigned him back onto his spiritual path of serving humanity by connecting people with their angels.

His shift began with hearing Dr. Doreen Virtue on the radio during his evening commute. She was giving readings to people while he and his 2 children listened intently. His daughter, 7 at the time, wanted to know how to talk back to the angels that she heard talking to her. His son, 6, exclaimed that he saw colors and wanted to learn what those meant. He signed up for her workshop for the sake of his children, who ended up not being able to attend, and Larry’s life was changed forever.

The Angels moved Larry from California to Colorado with very little notice so he could begin his new life and new way of serving humanity. Larry continued with his extensive training with Dr. Virtue and began seeing, hearing, and communicating fluently with the Angelic Realm. He loves creating sacred space for people to heal and helping others to remember who they truly are on a soul level.

For the past 18 years, he has trained, studied, and taught extensively with Doreen Virtue, a world-renowned authority on angels. Larry teaches classes and workshops on Connecting with Your Angels, Meditation, Energy Healing, Tuning Fork Therapy, Meridian Clearing, & Discovering Your Soul Color all over the U.S. and Europe.

Larry founded the company Talk 2 Your Angels for his intuitive readings and healing practice as an Angel Therapy Practitioner (ATP) in the year 2000. While on staff with Doreen, one of Larry’s highly esteemed mentors, he was asked if he could locate some small clear quartz angels to give to her class participants for a meditation exercise. Not only did he find quartz angels, he also found Angelite, Amethyst, Rose Quartz, Serpentine, Smokey Quartz, & Soapstone angels in all different sizes among many other exquisite finds…And, thus, Angelic Healing Crystals was born!

Meanwhile, his wife, Karin Contier, who became Co-Owner of Angelic Healing Crystals in 2004, had been cultivating her gifts as an Empath (intuits by feeling physically, mentally, emotionally, & spiritually) and as a Licensed Massage Therapist & Energy Worker for the past 23 years.

Karin began receiving communication and messages from the crystals at a Celebrate Your Life Conference in Chicago in 2007 (btw-this event is NOT to be missed!). This so surprised Karin with how alive these beautiful crystal beings really were! In fact, instead of seeking a master teacher for intuition development and mediumship, Karin asked the crystals to show her how to merge her energy field with that of another, which included not only people and pets (the animal kingdom) but also the plant and mineral kingdoms, as well as deceased loved ones.

Karin always knew to listen to and trust her intuition since she was 4 years old, but the crystals in their own divine wisdom taught her that it was now time to share the healing gifts of the crystals with humanity as well as her own intuitive gifts to help others on their own personal journeys. Karin now studies mediumship with Lisa Williams, Tony Stockwell, Stacey Lynn, and James Van Praagh, among many others.

By tuning in with her clients, Karin is able to connect them with their loved ones (people & pets), offer spiritual guidance, medical intuition, crystal readings (see which crystals would benefit you), and energy healing (in person & long-distance sessions). Readings can be done in person & by phone.

Karin & Larry now combine their mutual love of connecting with the Angels, working with the phenomenal healing power of crystals, and offering soul guidance to those who desire enlightenment, optimal health, and well-being.

Karin & Larry joyfully travel all over the world, directly to the crystal mines themselves to hand select each unique piece to bring back to all of you…Only the most beautiful specimens, the purest, and the most full of healing energy, are sourced humanely and with utmost integrity to preserve the purity of light within.

It is our honor and privilege to share our gifts of insight as well as the healing gifts of the crystal kingdom with you. We are ONE. Namaste…

ANGELIC HEALING CRYSTALS combines their love of the Angels, the healing power of crystals, & their gifts of soul guidance to those who desire enlightenment, optimal health, and well-being. We hand-select each magnificent specimen, beautiful & full of healing energy, sourced humanely, and with utmost integrity to preserve the purity of light within. It is our honor to serve you.

Please come visit us at one of our many upcoming events in 2020! You are always welcome to come see us in person at our showroom in Denver, CO by appointment or just order online! We look forward to connecting with you soon!

Fill out my online form.